What happens if you eat weed? - Cannabis Tutorials

If you eat raw weed not much will happen. This is because the THCa has yet to be decarboxylated into the psychoactive THC that can be metabolized readily by the body. Some popular non-psychoactive edibles include juices, flour, or salads.

Raw cannabis is a great source of complete protein and is loaded with vitamins, minerals, antioxidants, Omega-3 and Omega-6 fatty acids. 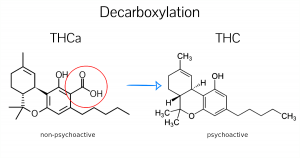 If you eat weed that has been decarboxylated, they will be 5x more psychoactive than when you smoke cannabis. Because cannabinoids are hydrophobic and are fat- soluble you can extract THC into any fat or alcohol.

The effects of eating psychoactive edibles will vary from strain to strain, depending on its cannabinoid and terpene profile. Generally, you can expect the following effects:

Psychoactive edibles are categorized by the way cannabinoids are absorbed into your system and can be in one or both of these categories. 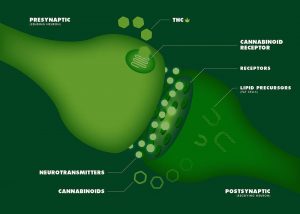 Cannabinoid receptors are located throughout the body and are part of the endocannabinoid system. This system is involved in regulating many physiological processes including appetite, pain-sensation, mood, and memory.

As cannabis is digested, cannabinoids enter the bloodstream. After the cannabinoids cross the blood brain barrier where they lock into C1 and C2 cannabinoid receptors. The cannabinoids interact with the brain and indirectly increase dopamine by blocking the action of another neurotransmitter called GABA.

The majority of the effects of an edible depend on the cannabinoids. With over 400 cannabinoids present in cannabis we don’t know how all of them work yet. THC, CBD, and CBN are the most abundant cannabinoids followed by CBC, CBG, and THCV.

Strains that are used as hemp fiber are bred so they are low in psychoactive chemicals like THC. Strains used in medicine are often bred for high CBD content, and strains used for recreational purposes are usually bred for high THC content or for a specific mixture of cannabinoids.

The Life of Cannabinoids

Cannabinoids change throughout their existence and so do their effects. CBGA or Cannabigerolic Acid is the building block of the major psychoactive components in cannabis. Depending on which synthase enzyme the CBGA comes into contact with will determine which cannabinoid it will turn into.

Next, through the decarboxylation process, a carboxyl group is released and creates the final cannabinoid forms we can absorb such as THC, CBD, and CBC. 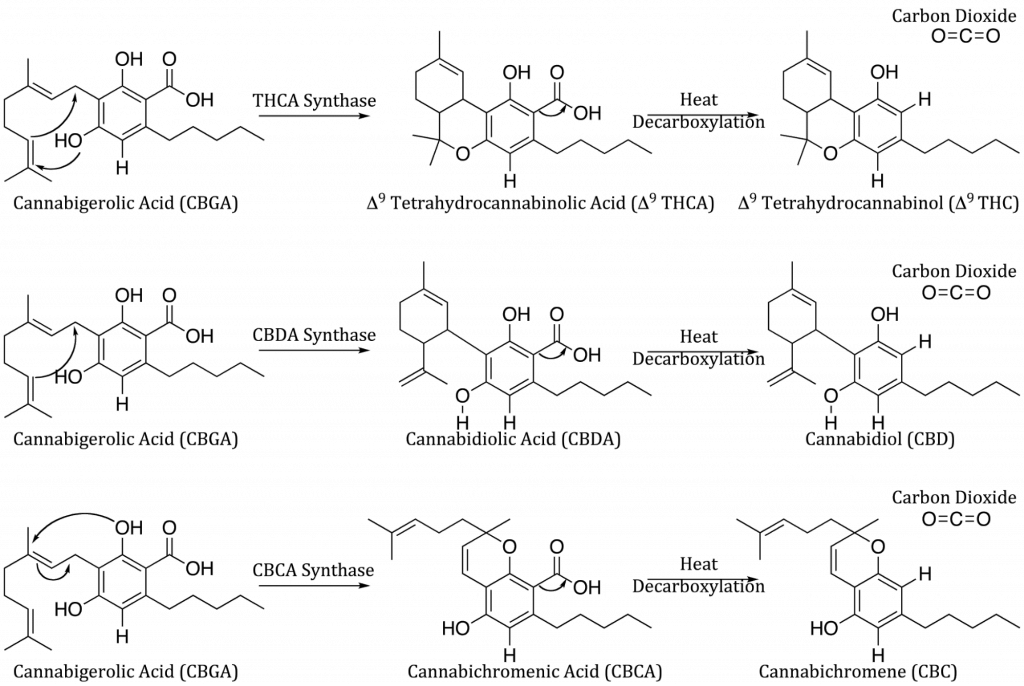 Terpenes account for the majority of the taste and smell of cannabis. Terpenes are present in the plant’s resin glands, known as kief or trichomes. Terpenes are not only found in cannabis but are also in 100’s of other plants and are typically associated with smell and taste of pepper, pine needles, and citrus fruits.

With over 140 terpenes available in thousands of combinations in different strains, you have the ability to choose the one that pairs perfectly with any food if you understand these different terpenes. The following five will give you a good understanding of the most well known and sought after flavors. 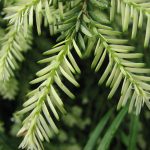 Alpha-pinene is a bronchodilator, antibiotic and has anti-inflammatory properties.  It also seems to enhance memory. 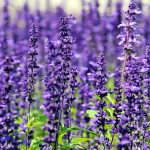 Linalool has a sweet, floral, woody and lavender-like scent and is found mainly in flowers and spices such as lavender, mint, cinnamon, and rosewood. 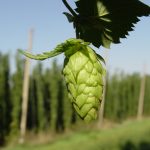 Myrcene acts as an analgesic, muscle relaxant, and may have antibiotic properties. 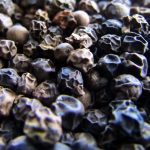 It tends to have anti-anxiety, antidepressant, antioxidant, and antimicrobial effects 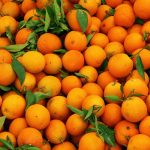 As the name of this terpene suggests, limonene has a citrus taste. Found in fruit rinds, rosemary, and peppermint.

Just like any other food, there are certain flavors that pair well together. Using the following chart you can choose the perfect wine and strain to go with your dish. Keep in mind that growing conditions change the level of terpenes found in a strain and the only way to tell how much is in a strain is to get it tested.

The effects of cannabis are known to be different when cannabinoids are consumed alone versus combined, this is known as the synergistic or entourage effect. Research shows that these synergistic effects can lead to 3-4x greater medical efficacy.