7 Ways to Hide the Smell of Weed - Cannabis Tutorials

One of the most and easily recognizable scents in the world is that of weed. To a frequent weed smoker, this smell might not be much of a problem. It’s even one of the amazing smells in the world if you ask me but the story might be different for a non-cannabis user. But that is not the reason why most people try and find ways to conceal it.

The issue of Cannabis has for decades, if not centuries been too politicized particularly by players in the medical industry who are making a killing selling off drugs that are not even effective at all while ignoring one of the most effective herbs on the planet that has been proven to cure cancer, tuberculosis, hepatitis, arthritis and many other ‘incurable’ chronic conditions.

If you want to smoke your weed freely and never have to worry about moving around with the smell of it, here are some of the ways and tips you can use to hide the smell of weed.

If you are looking for a simple way to use for hiding the smell of weed, then smoking outside can be your best bet. On the surface, it seems pretty obvious but there is a lot beneath the surface. One of the advantages you’ll get from smoking outside is that there is a lot ventilation which goes a long way in preventing against the buildup of the noticeable, strong, sweet smell of weed.

If you live in an area where weed is considered legal, then you might even take walk while smoking your weed so that the smell doesn’t build up around a single area which in this case might be your yard.

Make use of sploofs 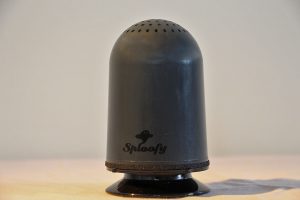 I’m sure that this might be your first encounter with the word sploof, so I will take time to explain to you what a sploof is and how it can help you hide the smell of weed. Before I explain what a sploof is, it’s imperative to know that you can either make one at home or purchase it from either a pharmacy or grocery store.

A sploof is a simple device that dilutes smell. Basically, you take in your cannabis and you exhale the smoke into the sploof so that it gets rid of the smell associated with the smoke. To make one for yourself, you’ll simply need a paper towel, dryer sheet and an elastic band. With a sploof, you get to enjoy your weed in your home without ever having to be worried about the smell. 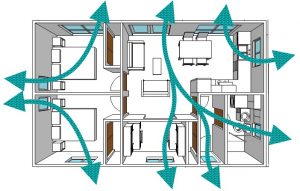 The smell of weed is known to flourish in stagnant environments with limited airflow. When your house or even the environment you consume weed around receives a limited amount of airflow, the result will be the development the noticeable smell of weed.

If you want to hide the smell or even prevent it from developing, then it’s important to ensure that your house receives plenty of airflow. One method of improving the airflow around your house is to keep two opposing windows open so that the flow of air is kept in its natural state. You should also do the same for your clothes by drying them outside so that they receive a lot of air.

Make use of a smoke filter

This is one of the pieces of tech that was inspired by the growing acceptance and legalization of weed. A smoke filter was specifically created to help minimize the amount of odor that is produced by a weed joint when you smoke it.

Make use of an air freshener

This is the vintage way of hiding the smell of weed and it has remained effective for the past two centuries. Although it might be effective, did you know that there are air fresheners specifically designed for weed that will make its use a whole lot more effective? There are air fresheners such as Febreze and Ozium that are very effective in dealing with the smell of Cannabinoids such that no one would even notice anything odd about your room.

Not confirmed, but I heard that there are also body sprays of Ozium that you can spray in case you want to hide the smell on your body went travelling or moving around. 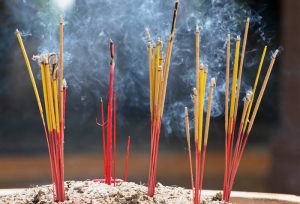 Investing in a proper vaporizer, although uphill in terms of the cost can be the best way you can ever use to deal with the smell of cannabis. The greatest thing about vaporizers is that they not only eliminate the smell, they also eliminate some health risks associated with smoking weed because they heat the cannabis to an optimum temperature than will only extract the exact amount of cannabinoids without producing any carbon. A vaporizer will also dilute the scent of the smoke into a pleasant one which in turn eliminates any risk of discovery.

If you want to enjoy your weed in peace without experiencing any repercussions from anyone, then practice and start using the 7 methods listed above to efficiently musk off the smell of weed.